In the Netherlands we have a long tradition in water management. Nowadays, we tend to not only fight the water, we try to work with the water for example with smart blue-green RESILIO roofs. Due to micro water management, we can control the rainwater on these  roofs. This way we take  our water management to a higher level.

How does this work? Well, when heavy rainfall is expected, the DSS signals the smart valve on the blue-green roof to discharge the retained rainwater before the expected downfall actually happens. In this way, a smart roof can collect the maximum amount of rainwater during a shower. And  less pressure is put on the sewage.  During dry periods that same water obtained on the roof is not only cooling down the building, but the roof decreases the temperature in the surroundings as well, and the roof is watering her own greenery. It’s an Einstein roof!

Around a flooding stress area, for example a lower point in the city like the Oosterpark in Amsterdam, we have a potential risk of flood so we want to retain the rainwater on the roof to avoid streets and sewages being overflood. Macro factors such as seasons and geographical location also influence the control of the smart valve. Close to a hospital, it is of paramount importance the accessibility is always guaranteed so water on the road must be prevented here.

Micro factors are elements related to the specific blue-green roof. The water storage capacity is an example. Or, and we are still exploring this possibility, the amount of water that a household needs  for different purposes, like flushing the toilet. The DSS can take all these factors into account. So the roof is a tailor-made Einstein! 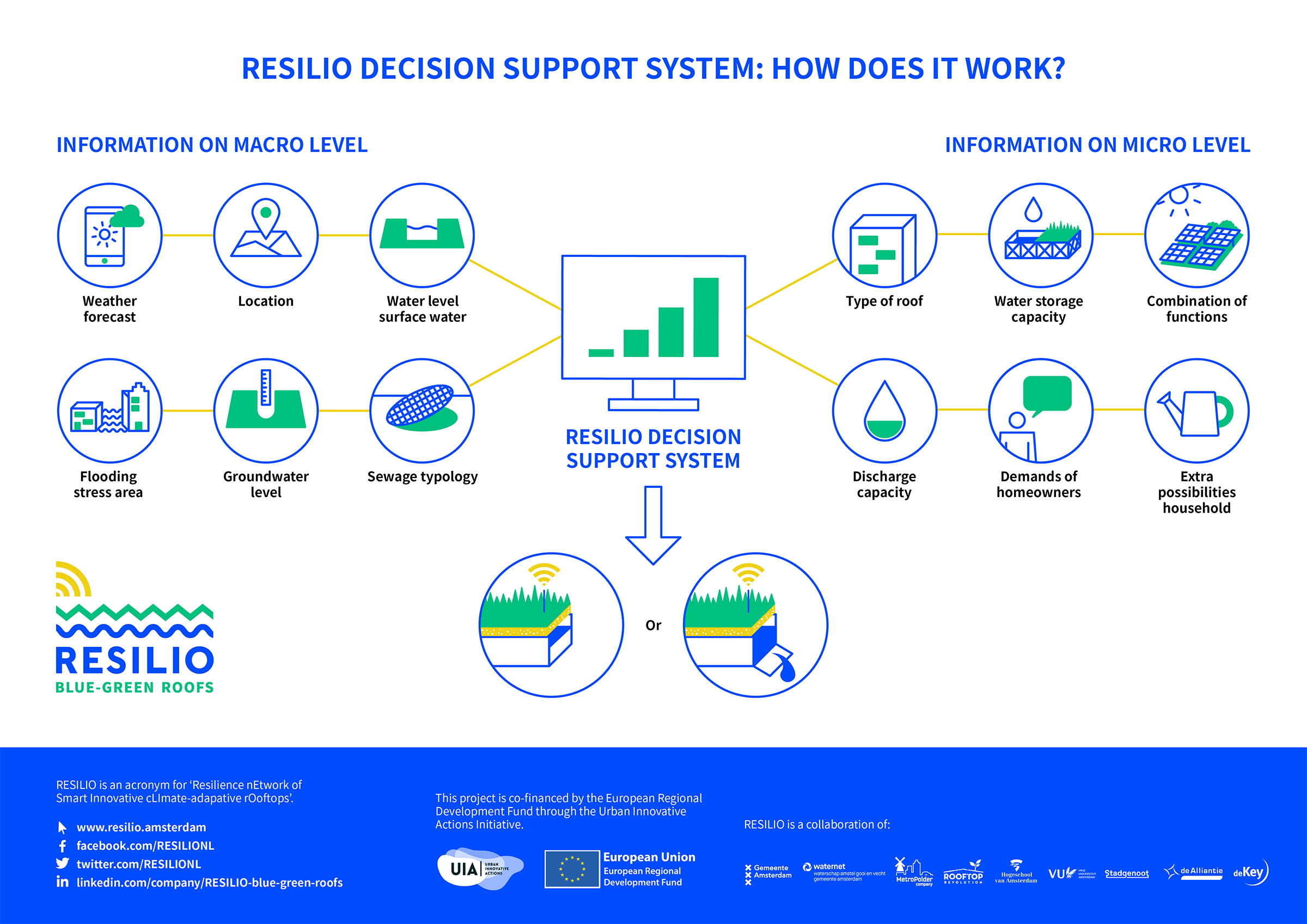